The Endocannabinoid System and How CBD Works 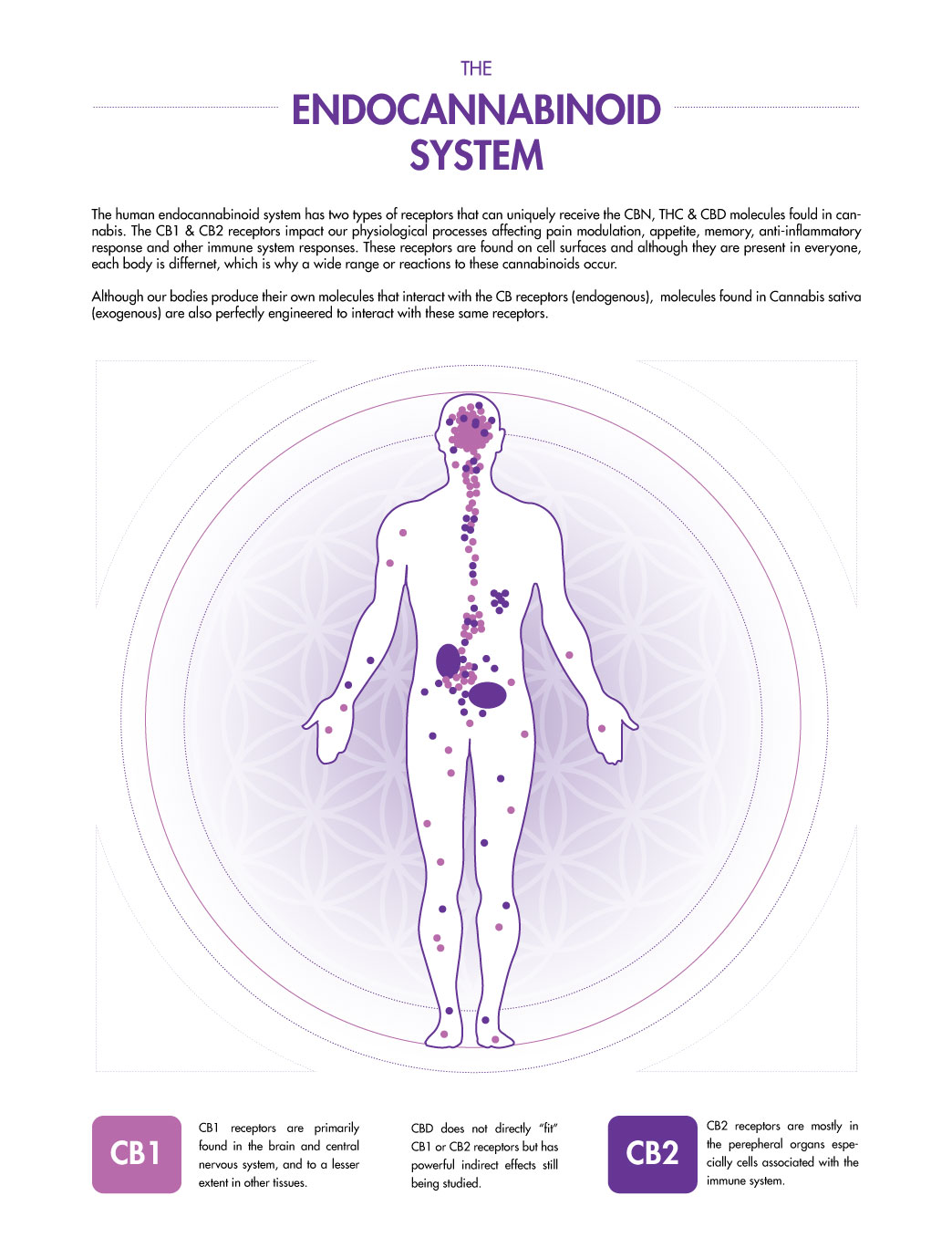 In the 1980s, President Ronald Reagan poured tens of millions of dollars into a study to prove that marijuana damages the human brain. But, rather than showing how marijuana harms the brain, the Reagan administration ended up subsidizing a series of studies that culminated in the discovery of the endocannabinoid system.

The endocannabinoid system (ECS) is a collection of cell receptors and the corresponding molecules (agonists) in the human body. This system helps to regulate sleep, appetite, mood, motor control, immune function, pleasure, pain, reproduction and fertility, memory and temperature regulation.